​A Story of Couples and Mobile OS Soap Opera 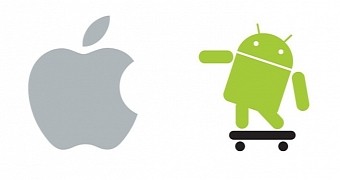 I am friends with two immensely different couples, and I’m sure that many of you know at least someone who is in a similar situation. You see, these two pairs of lovers are so divergent that you wouldn’t believe, yet everybody observes a surprisingly similar amount of love and understanding between each of them.

Diego and Sofia are both from Barcelona, and their relationship couldn’t be more electric if it tried. You could probably power a Tesla coil with the tension that exists between these two at any given moment.

The funny thing is that, despite all their daily squabbles and shouting matches, they’re probably the definition of lovebirds. They got engaged in 2008, and they had a Dreamy wedding on October 22 that year. And through their eight-year marriage, their relationship has almost always been the same. If they look like they love and caress each other now, they’ll be fighting in about 5 minutes, after which you’ll probably find them snuggled on the couch wi… (read more)