2018 iPhones to Sell Like Hot Cakes Despite Super-High Prices 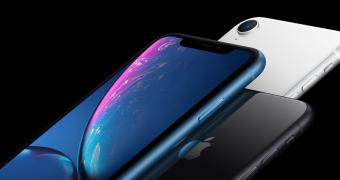 Apple’s new iPhones are also the most expensive in the company’s history, with the Max configuration featuring 512GB storage to get closer to $1,500 in the United States.

But the super-high prices won’t be a drawback as big as we’re tempted to believe, according to new estimates, and Apple’s devices will continue to sell in big numbers in the coming months.

Digitimes Research expects up to 85 million iPhones to ship by the end of the year, and iPhone XR, which is the cheapest model introduced by Apple this year, will account for more than 50 percent of all sales.

This is surprising, to say the least, especially because the iPhone XR will arrive at a later time as compared to the more expensive siblings.

The cited source says that all iPhone sales in the second half of this year, including here previous-generation models, should reach 127 million units and total $100 billion, up 10 percent from the p… (read more)