Home » iOS News » 6.1-inch iPhone SE Plus on the Way with Touch ID in Power Button

6.1-inch iPhone SE Plus on the Way with Touch ID in Power Button 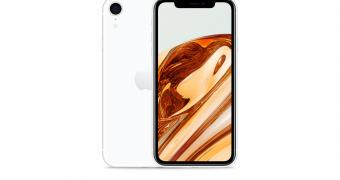 Apple is expected to take the wraps off a larger iPhone SE as soon as this year, and while some sources say the devices could see the daylight in the spring, others believe it would only go live in the second half of 2021.

New information published by @aaple_lab on Twitter indicates the larger iPhone SE could be called iPhone SE Plus and come with a 6.1-inch IPS display. In other words, it would be based on the iPhone SE, and by the looks of things, the device would also use a similar design.

In other words, the iPhone SE Plus would give up on the home button, instead going for the modern look with a notch at the top of the screen. In other words, there’s a good chance Face ID would also be offered, though this new leak suggests a surprise might also be prepared.

Touch ID in the power button