6.1-Inch iPhone to Launch in New Colors, Including Blue, Yellow, and Orange 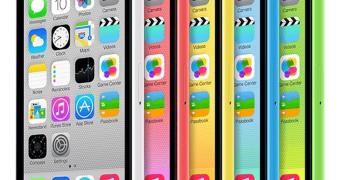 This year’s iPhone generation will include a more affordable 6.1-inch model that may come with an LCD screen and lack features like a dual-camera configuration in order to reduce the price.

According to people with knowledge of Apple’s plans, this particular model might be launched in several new colors as compared to the traditional iPhone lineup, including some versions borrowed from the iPhone 5c.

Well-known Apple analyst Ming-Chi Kuo has already suggested that Apple could choose white, gold, orange, grey, blue, and red for the new iPhone, and a report from Japanese site Macotakara seems to corroborate this information, but with slightly different versions.

It looks like Apple is currently considering launching the iPhone in white, flash yellow, black, blue, bright orange, and taupe, with a red version not among those mentioned by Macotakara. There’s a chance, however, that Apple would launch a … (read more)