Home » iOS News » After Cheaper iPhone and MacBook, Apple Said to Be Looking into Budget HomePod

After Cheaper iPhone and MacBook, Apple Said to Be Looking into Budget HomePod 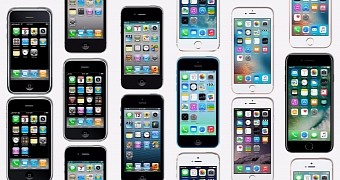 Rumor has it that Apple is looking into launching more affordable iPhone and MacBook models later this year in an attempt to deal with criticism regarding the always-increasing prices of its products, and now it looks like these two aren’t the only affordable products in the queue.

A report from Japanese side Macotakara, which has a pretty solid track on Apple information, reveals the Cupertino-based tech giant is evaluating a cheaper version of the HomePod, the Siri-powered speaker that launched only recently and which is currently available in just three countries.

While this could indeed help Apple expand in the smart speaker market more aggressively, it’s hard to believe the company is ready to launch a new HomePod so soon, especially given the limited availability of the first generation.

On the other hand, a budget version of the speaker could sell better in emerging markets where the origina… (read more)