Home » iOS News » All But Confirmed: iPhone 8 Delayed One Month

All But Confirmed: iPhone 8 Delayed One Month 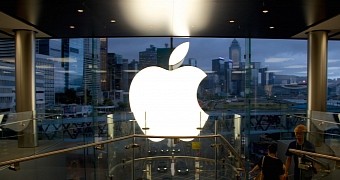 It’s almost official now, though given Apple’s famous secrecy we’ll never find out for sure until the public announcement in September: the iPhone 8 will be hit by a one-month delay, and the new features that Cupertino is bringing to the device are the ones to blame.

After so many rumors and leaks pointing to an iPhone 8 delay, here come some other analysts that predict the same thing, again using information from Apple suppliers.

“Our conversations with the Supply Chain suggest that the iPhone 8 will ship 3-4 weeks delayed given technological issues which Apple and its suppliers are working through,” analysts Wamsi Mohan and Stefano Pascale have been quoted as saying recently.

In other words, while the iPhone 8 will indeed be presented at the company’s press event in September alongside the iPhone 7s and the 7s Plus, it will actually hit the shelves 4… (read more)