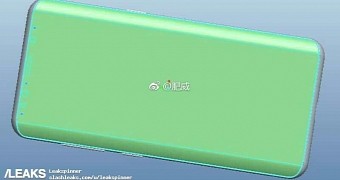 Samsung’s Galaxy S9 is expected to launch in early 2018, and since we’re only a few months away from this moment, it makes sense for leaks to start making the rounds.

Two photos that are making the rounds like now claim to show the design of the Galaxy S9, thus denying some of the recent speculation on the features that Samsung prepares for its flagship.

First and foremost, while we can’t confirm the legitimacy of these CADs, they do point that the fingerprint sensor won’t be removed, contrary to some people saying that Samsung wanted to copy Apple’s approach with the iPhone X.

It’s believed the Galaxy S9 could indeed feature improved facial recognition with 3D sensing cameras, but the South Korean firm won’t remove the fingerprint sensor. This is possible thanks to the Galaxy lineup featuring sensors placed on the back, as compared to the iPhone where the reader was installed on the front, … (read more)