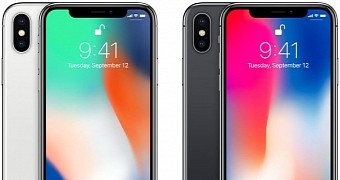 Reports on iPhone X’s sales performance have been rather contradictory until now, but there’s more and more evidence that global demand has been rather weak and Apple is taking a series of measures to prepare for even lower numbers.

Now Fast Company cites sources close to Apple as saying that the firm itself is disappointed by the iPhone X and the leadership team admitted internally that the anniversary model isn’t doing well.

As a result, Apple has reduced orders for the iPhone X to just 8 million units for the second quarter of the year, down from no less than 14 million units.

News that Apple is cutting down orders isn’t new, but on the other hand, this fresh report indicates that Cupertino has a hard time dealing with the existing inventory after previously building the iPhone X at the fastest pace in order to cope with constrained stock.