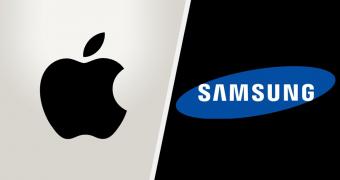 Law firm FeganScott has filed a lawsuit against Apple and Samsung for allegedly exceeding the federal RF radiation limit with the iPhone and Galaxy S8, respectively.

The firm hired a third-party lab to determine the level of RF radiation generated by devices manufactured by the two companies.

While specifics aren’t provided, FeganScott says in a press release that in some cases, the limit is exceeded by 500 percent. The maximum radiation level allowed by the FCC is 1.6 watts per kilogram averaged over one gram of tissue.

The law firm explains that when tested for RF radiation at two milometers away from the body, iPhone 8 and Galaxy S8 emitted RF radiation that was twice the federal exposure limit. At zero milometers, Galaxy S8 was three times over the limit, while iPhone 8 exceeded the maximum allowed level by 500 percent.

Smartphones tested in “actual use conditions”