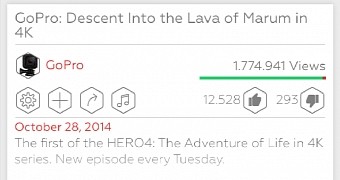 ProTube, one of the most popular YouTube apps for the iPhone, has been pulled from the App Store by Apple at the request of Google, which claimed it violated its own Terms of Service.

In a statement on his website, ProTube developer Jonas Gessner reveals that Google first wanted to get his app removed from the App Store over a year ago when the search giant went after several other YouTube clients available for iPhone and iPad users.

ProTube, which was available for $5, included functionality that wasn’t available in the free YouTube client developed by Google, like background playback, support for 4K video at 60 fps, and an audio-only mode that made it possible for users to listen to their favorite tunes with the app running in the background.

Some of this functionality, such as the background playback, is available as part of YouTube Red, a premium service that Google sells for $10 a month.