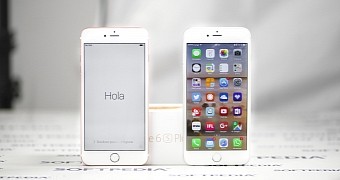 Apple discounted iPhone battery replacements from $79 to $29 following the performance throttling fiasco, but the company has a hard time dealing with all requests since early January.

Wait times for new batteries have increased significantly, and now it’s being estimated that replacing the worn-out unit on an iPhone takes 2.7 weeks on average, up from 2.3 weeks last month.

According to a report from BI citing Barclays analysts, iPhone 6 and iPhone 6 Plus are among the models brought in for battery servicing most often, and these two in particular are hit by major delays. On the other hand, iPhone 7 batteries are typically in stock and devices can be serviced the same day.