Home » iOS News » Apple CEO Applauds Pokemon Go, Wants to Be Part of the Phenomenon Too

Apple CEO Applauds Pokemon Go, Wants to Be Part of the Phenomenon Too 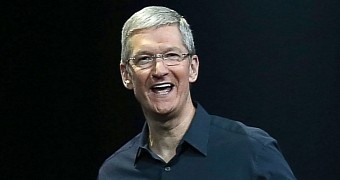 Pokemon Go’s success has taken everyone by surprise, including here Apple’s CEO Tim Cook, who has said in the conference call following the company’s fiscal third quarter announcement that Cupertino is ready to continue investments in AR in the coming months and years.

Niantic’s smashing hit is living proof that there’s huge opportunity for AR, and Tim Cook explains that Pokemon Go shows that the app ecosystem continues to be alive – there were critics and analysts predicting the death of apps on mobile devices.

“In terms of AR and the Pokémon phenomenon, it’s incredible what has happened there. I think it’s a testament to what happens with innovative apps and the whole ecosystem and the power of being a developer being able to press a button, so to speak, and offer their product around the world,” Cook says.

Apple: We want to be part of this

Furthermore, Apple’s CEO also emphasizes that not only has his company been part of the AR world but it w… (read more)