Apple CEO Confirms the Apple Card Is Just Around the Corner 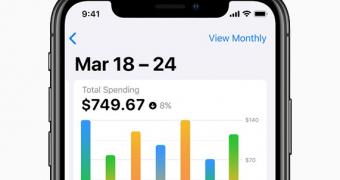 Apple’s CEO Tim Cook has confirmed after the earnings report this morning that the Apple Card would be launched in a matter of weeks.

A report that made the headlines a few days ago indicated that Apple could unveil the Apple Card in August, so the ETA suggested by Tim Cook aligns with this information.

However, Cook hasn’t provided any specifics as to when the Apple Card is projected to go live, but it’s very clear the release is jut around the corner and could happen any day now.

The Apple Card was announced in March, and it is supposed to provide customers with “a healthier financial life,” as the Cupertino-based tech giant itself said.

One of the main benefits of the Apple Card, which is created in collaboration with Goldman Sachs and Mastercard, is that it comes with no fees, and users can receive cash-back r… (read more)