Home » iOS News » Apple Co-Founder Says He Got an iPhone 13, No Difference from iPhone 12

Apple Co-Founder Says He Got an iPhone 13, No Difference from iPhone 12 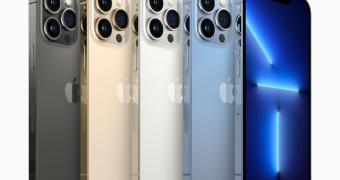 In fact, the newly-announced iPhone 13 is just the living proof in this regard, as Woz got the new model but says the device is nearly the same as its predecessor.

In other words, it’s very hard to tell the differences between the iPhone 12 and the iPhone 13, Wozniak says, explaining that he’s getting new devices if they’re good enough.

“I got the new iPhone; I can’t tell the difference really,” Wozniak has recently been quoted as saying. “The software that’s in it applies to older iPhones, I presume.”

Fastest chip on a smartphone

Apple, on the other hand, claims the iPhone 13, especially the Pro models, come with massi… (read more)