Apple Considered Building a Foldable iPhone at Some Point 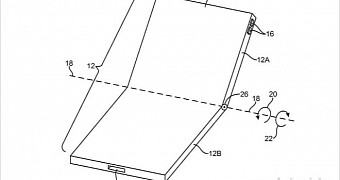 Apple is expected to roll out a major overhaul of the iPhone next year, but the company is expected to retain the existing form factor and go for moderate design changes that wouldn’t make the device entirely different from its predecessors.

But a recent patent called “Flexible display devices” shows that Apple at least considered building a foldable iPhone, using an approach that reminds of the traditional clamshell design that old phones were based on.

As you can see in the drawing here, the foldable iPhone would use several flexible parts, including a display that would allow the device to close shut, just like a typical clamshell phone. The patent claims that such a technology would use hinges made of metal, and Apple explains that they could be built from nickel and titanium, making them… (read more)