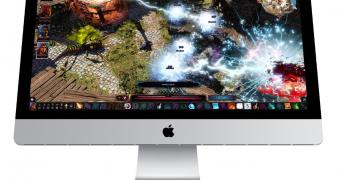 Apple is said to be working on a high-end gaming computer that could see daylight as soon as the summer of 2020, according to a new report.

More specifically, the Cupertino-based tech giant seems to be eyeing the world of esports, which pretty much comes down to professional gaming, typically part of gaming tournaments.

Apple is thus trying to build a gaming Mac that would be used in such events, with a report this week indicating that the device could see daylight at the WWDC conference next year. If this happens, Apple could start selling the gaming Mac later the same year or in 2021.

PatentlyApple cites Taiwanese sources as saying that Apple is currently looking into keeping the price of the device below the $5,000 target, so it goes without saying it’s going to be a rather expensive PC.