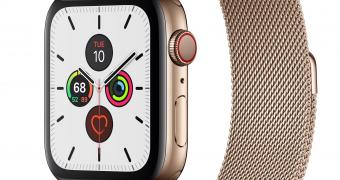 Launching new products in front of a live audience is obviously pretty much impossible right now, and Apple seemingly doesn’t want to switch to a digital event for all its new devices.

So while the 2020 iPhone is expected to be pushed back for about a month, not the same thing will happen with the Apple Watch Series 6 and the refreshed iPhone generation due in the fall.

More specifically, leaker Jon Prosser claims in a tweet that Apple will take the wraps off new Apple Watch and iPad models on Tuesday, and the whole thing would happen with a press release.

In other words, Apple won’t make a really big deal about these devices, so the only announcement will actually be a detailed press release published on the official apple.com website.

Most likely, the pre-order program for these new models would kick off on Friday, while the shipping will start a week later. This is the typical calendar th… (read more)