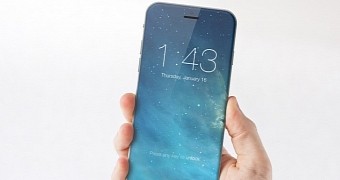 After multiple reports suggesting that the iPhone 8 would release sometime in November, one analyst suggests that we could get a glimpse of the new OLED iPhone this summer. Apple could preview the highly anticipated smartphone in June, during WWCD.

According to 9to5Mac, JPMorgan analyst believes that there’s “high likelihood” that Apple will preview the new iPhone 8 during its WWDC event in June. With this move, Apple intends to build the hype around its new OLED smartphone, in anticipation of sales that would start this fall.

The report doesn’t provide much proof of its claims, saying just that investors should expect to see lower sales performance over this summer, as some consumers will hold off their purchase and wait for the <a href="http://news.softpedia.com/news/supposed-iphone-8-shows-vertical-dual-lens-setup-no-tou… (read more)