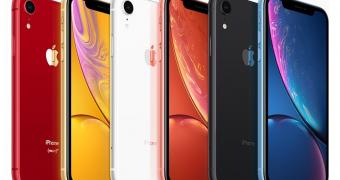 Apple has decided to cut the price of 2017 and 2018 iPhones for the Chinese market, offering local vendors substantial price discounts for new devices, according to a report.

China’s National Business Daily reveals that Apple reduced the price of the iPhone XR by as much as 450 yuan (approximately $65), which means that the most affordable 2018 iPhone model now costs 5250 yuan, or about $770.

The same report says that Apple is offering discounts for other iPhones as well, and on average, the price of each model has been reduced by approximately $60.

Just as expected, Apple hasn’t released any official announcement regarding the price cuts, but this is believed to be a desperate measure supposed to boost sales during difficult times both worldwide and in China.

Apple: No reason to worry