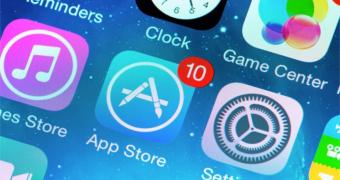 Apple has recently announced that a new so-called App Store Small Business Program would come with an important cut in App Store fees for developers, with the commission reduced to 15 percent if they make less than $1 million with their apps.

The new program will launch on January 1, and Apple says that only developers that didn’t earn more than $1 million in 2020 can become a part of it.

If this threshold is exceeded in 2021, the 30 percent commission is automatically activated for the rest of the year, but the company guarantees that past sales wouldn’t be affected.

“The App Store’s standard commission rate of 30 percent remains in place for apps selling digital goods and services and making more than $1 million in proceeds, defined as a developer’s post-commission earnings. Earlier this year, an independent study by the Analysis Group found that Apple’s commission structure is in the mainstream for app distribution and gaming platforms, Apple says.