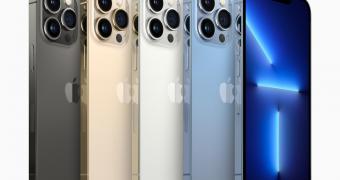 Apple is currently evaluating part of the OLED displays that would be used on the iPhone 14, according to a recent report, as the company is making another big step towards the beginning of the mass production.

The Elec claims the BOE displays that Apple is currently testing are aimed at the iPhone 14 – the model that will come with a 6.1-inch display.

If everything goes as planned, the mass production should kick off in July or August before the official unveiling takes place in September.

Just like in 2021, Apple is expected to launch four different iPhone models this year.

However, the Cupertino-based tech giant is very likely to give up on the iPhone mini, as the company is no longer satisfied with the sales recorded by the 5.4-inch form factor.

As a result, the four-model lineup will include an all-new 6.7-inch iPhone that will serv… (read more)