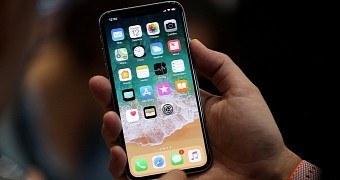 Apple has fired a company engineer whose daughter recorded a hands-on video of his iPhone X and posted it on YouTube before the start of the pre-order program earlier this week.

The clip published by Brooke Amelia Peterson went viral the last weekend and was taken down at the request of Apple itself before being re-uploaded shortly after that both on YouTube and on other video sharing sites.

Peterson explains in a new video that Apple has indeed contacted her to remove the video, and despite complying, the company still decided to let her father go for “breaking a rule.”

“About a month ago I went to visit my parents in Northern California, and we went out to dinner to the Apple cafeteria. My dad was a privileged engineer who worked on the iPhone X, and he had one,” she says in a new video announcing Apple’s decision (and which you can find embedded below along with the original clip).