Home » iOS News » Apple Has Super-Loyal Users, Half of Them Excited About the iPhone X

Apple Has Super-Loyal Users, Half of Them Excited About the iPhone X 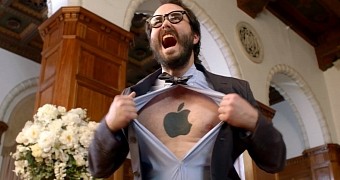 Everybody expects the upcoming iPhone X to set a new sales record despite all the production struggles and the super-high price, but according to a new survey, the existing Apple customer base will likely make the device very successful.

A survey conducted by brokerage firm Bernstein revealed that 48 percent of the existing iPhone users are excited about the anniversary model, while no less than a quarter of them are actually planning to purchase the device. The iPhone X will be available from $999 for the 64GB version, while the 256GB model will cost $1,149.

“The excitement surrounding the iPhone X appears to be magnitudes higher than actual purchase intent – 48 percent of respondents agreed/strongly agreed that they were ‘excited for the iPhone X,’” Bernstein was quoted as saying by <a href="http://www.reuters.com/article/us-apple-iphone-survey/iphone-x-demand-will-be-substantial-but-not-exceptional-survey-idUSKBN1CS2ID?feedType=RSS&feedName=technologyNews&utm_so… (read more)