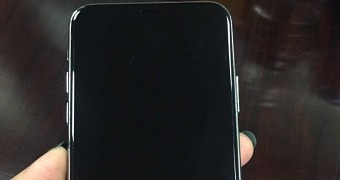 Apple’s iPhone 8 is surely one of the most anticipated iPhones from the past few years, as the device is expected to feature a new design and a larger display than on previous models. Renders and mockups of the iPhone 8 have continuously surfaced online and BGR claims to have obtained images that show the final design.

Apple is known to be testing and working with multiple prototypes of an unannounced iPhone, before settling for the final design and specs list. The recently leaked images reveal the iPhone 8 mockup based on finalized schematics, which were recently leaked.

Apple is rumored to feature a fingerprint sensor embedded inside the iPhone 8 display, but other reports said that the technology isn’t ready for mass production and the Touch ID… (read more)