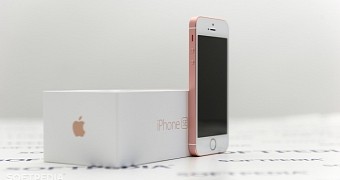 The annual American Customer Satisfaction Index (ACSI) reveals that Apple’s iPhone SE received the highest customer satisfaction score of 87, followed closely by the Galaxy S6 edge+ and the iPhone 7 Plus with a score of 86 each.

The index includes other smartphone models too, mostly manufactured by Apple and Samsung, while the Moto G and LG G4 are featured at the bottom of the index with scores of 75 and 73, respectively, out of the maximum of 100 points.

The results are based on interviews with 36,194 customers from the US, conducted between May 2016 and April 2017. Therefore, the latest Galaxy S8 model isn’t included in the index, nor are other smartphones which were released this month. The ACSI has a cause-and-effect economic model which analyzes collected data and grants points to each smartphone model depending on customer satisfaction.