Home » iOS News » Apple: iPhones Do Not Spy on Users

Apple: iPhones Do Not Spy on Users 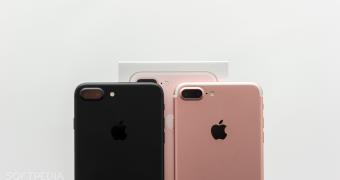 Apple’s iPhones not only that do not listen to users without their consent for features like “Hey, Siri,” but they also block third-party apps from doing it, according to a response issued by the company to a letter sent to US lawmakers.

The US officials were concerned that such features could enable companies to spy on users without their consent, collecting audio data from their conversations even when a voice command to trigger such features wasn’t used.

But Apple says that despite listening for the “Hey, Siri” command, its digital assistant does not record audio, according to a <a href="https://www.reuters.com/article/us-apple-privacy/apple-tells-lawmakers-iphones-are-not-listening-i… (read more)