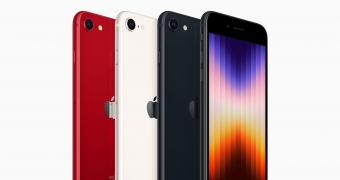 Apple was projected to launch the next-generation iPhone SE at some point in 2024, but analyst Ming-Chi Kuo came with a sad report not a long time ago.

According to his own sources, the Cupertino-based tech giant was pondering the complete demise of the iPhone SE, meaning that the iPhone SE 4 might no longer see the daylight. In the best-case scenario, Kuo said at that point, the launch of the iPhone SE 4 could just be pushed back to a later date.

But in a new report, Kuo says there’s a good chance the iPhone SE 4 has been killed for good.

In other words, the chances to get a new iPhone SE at this point are extremely reduced, as the parent company wants to bet entirely on its more premium iPhones.

“The supply chain has received instructions from Apple indicating that the production and shipment plans for the 2024 iPhone SE 4 have been canceled rather than delayed,” Kuo said in a new <a href="https://medium.com/@mingchikuo/qualcomm-is-the-biggest-winner-of-apples-… (read more)