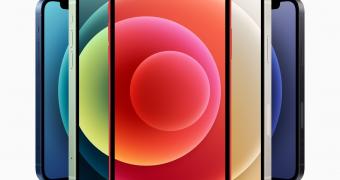 Foldables are the next big thing in the smartphone market, and according to Apple analyst Ming-Chi Kuo, the Cupertino-based tech giant is ready to join the party as well.

However, this wouldn’t happen sooner than 2023, Kuo says according to a report from MacRumors, with the company planning to unveil an 8-inch QHD+ flexible OLED model in approximately two years.

Furthermore, Kuo explains that foldable phones are becoming must-have products for everybody in the smartphone business, with Apple expected to sell as many as 20 million foldable iPhones in their first year on the market.

“Based on our latest industry survey, we forecast that Apple will likely launch a foldable ‌iPhone‌ with an 8-inch QHD+ flexible OLED display in 2023, with SDC as the exclusive display supplier and Samsung Foundry as the exclusive DDI foundry provider,” Kuo says.