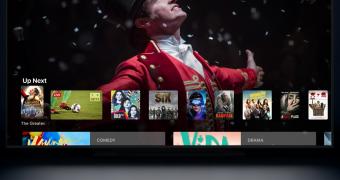 Apple’s upcoming TV show service, which is expected to land in 2019, could come together with some fresh news on the hardware side.

The Cupertino-based tech giant is believed to be working on a Chromecast-like Apple TV dongle that would provide more potential customers with access to the content that the company is planning to release as part of its streaming service.

A report from The Information indicates that while a final decision hasn’t been made just yet, Apple apparently wants to build a less expensive service, as the price of the Apple TV may be a setback given the company’s ambitions for the new service.

Apple is currently selling the Apple TV for $149, while the 4K version is available for $179. The company has never discounted the Apple TV, despite the arrival of the 4K upgrade last year, and by the looks of things, it isn’t planning any changes on the pricing… (read more)