Apple Might Announce New iPhone SE with 128GB This Month 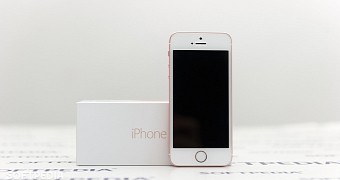 Apple is expected to host an event this month, during which the company might announce new iPad Pro devices and a new iPhone SE variant. Recent reports have stated that Apple could bring a new iPhone SE with 128GB of internal storage.

It seems that Target headquarters have instructed its stores to return a number of iPhone SE models to Apple this week, according to a company memo obtained by MacRumors. Six unlocked 16GB and 64GB iPhone SE models in colors Gold, Silver, Rose Gold and Space Gray were returned to Apple, together with two Sprint models.

In addition, a Target employee stated that the brick-and-mortar store hasn’t received iPhone SE stock since before iPhone 7 was announced in September last year. The move could be prompted by poor sales, but it could also signal a new release, especially since it was made just days or even weeks before Apple’s March event.