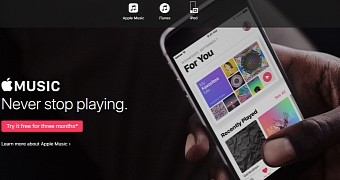 Apple has started charging Apple Music users from certain countries for the previously free three-month trial of its music streaming service. Thus, users from Australia, Spain and Switzerland must pay less than one dollar to try out the service.

Apple trials have been free in the these countries for some time now, but now the company has started charging Australians, Spaniards and the Swiss 99 cents to try out Apple Music. Users from other countries will have the option to check out Apple Music for free for the first three months, unless Apple starts requesting payments from them too.

Previously, users had to pay only after the three months free trial ended and they decided to keep the service. The iPhone maker offers multiple plans for Apple Music to choose from, including an individual membership plan for $5.99 per … (read more)