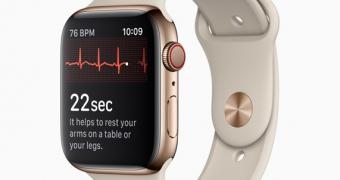 The ECG feature on the Apple Watch Series 4 is finally available for users in the United States, and Apple promised to work together with the authorities in other countries in order to expand its availability.

Because it’s considered a medical feature, ECG requires the clearance of the relevant agencies in each country, as it happened in the United States where the FDA offered its go-ahead to the Apple Watch Series 4 only a few hours before the September 12 launch event.

And while it makes sense for Apple to request the approval of other watchdogs in various markets, it looks like the company isn’t actually in a rush to make ECG available elsewhere.

And living proof is none other than Canada, as the government agency Health Canada explained in a recent tweet that it hasn’t even received an application in this regard from Apple.

No word from Apple

In other words, Canada hasn’t yet received Apple’s request to allow the ECG feature to be offered to… (read more)