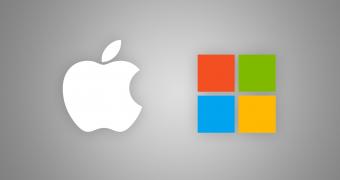 Apple has managed to overtake Microsoft to re-become the world’s most valuable company, partially thanks to high expectations for the new-generation iPhone.

On Friday, Apple reached a market valuation of $1.065 trillion, while Microsoft, the tech giant that has long been the leading name, fell to second place with $1.063 trillion.

As BI notes, Microsoft also declined 2.2% due to stock sell-off, while Apple’s decline was much smaller at 0.4%.

One of the reasons Apple is once again the most valuable companies in the world is the high expectations for iPhone 11, which according to people close to the matter, is selling better than anticipated. Apple shares traded at $235.37 on Friday, which represents an increase of 50% year-to-date.