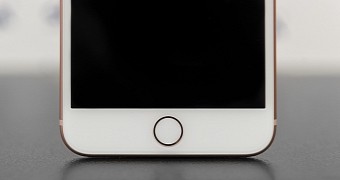 The iPhone X is now official with facial recognition and no fingerprint sensors, as people familiar with the matter said Apple adopted the backup plan and abandoned Touch ID completely after months of struggle to find a new location for the fingerprint sensor.

An Apple executive, however, says all these reports were nothing but false, revealing that the company hasn’t even tried to find a new location for Touch ID because Face ID worked smoothly from the very beginning.

People with knowledge of the matter indicated earlier this year that Apple still wanted the iPhone X to feature Touch ID with a fingerprint sensor, but due to the bezel-less display, keeping the Home button around was no longer an option.

As a workaround, the company considered embedding the fingerprint reader in the display of the phone, but this project failed from its early versions. Then, Apple even looked into several other implementations, including a fingerprint sensor on the back of the iPh… (read more)