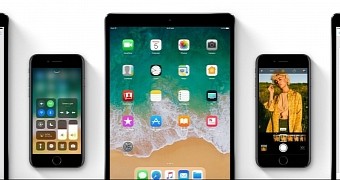 iOS 11.0.3 comes only one week after the iOS 11.0.2 software update, which Apple released on October 3, 2017, with bug fixes and improvements for iPhone and iPad, most precisely addressing the crackling sounds issue reported by iPhone 8 and iPhone 8 Plus owners.

iOS 11.0.2 also addressed an issue where S/MIME-encrypted email attachments wouldn’t open in the Mail app, and now iOS 11.0.3 is here to improve the audio and haptic feedback for some iPhone 7 and iPhone 7 Plus devices, as well as an issue where touch input was unresponsive on some iPhone 6s devices using aftermarket displays.

“Non-genuine replacement displays may have compromised visual quality and may fail to work correctly,” noted Apple in the release notes for iOS 1… (read more)