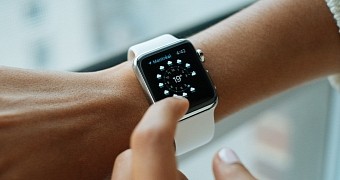 Apple released today a lot of goodies for fans of its renowned devices, including iOS 10.3 for iPhone, iPad, and iPod touch, macOS Sierra 10.12.4 for Macs, as well as watchOS 3.2 for Apple Watch devices and tvOS 10.2 for Apple TVs.

watchOS 3.2 is now rolling out to all Apple Watch Series 1 and Series 2 users with a brand-new feature called Theater Mode, which appears to be some sort of “Do Not Disturb” functionality that mutes alerts and disables raise-to-wake so that your Apple Watch won’t bother you and people next to you when you’re at the theater.

Another interesting feature that Apple implemented in the watchOS 3.2 update is SiriKit, a component designed to let application developers integrate their apps with Siri for various use cases. It also looks like the Control Center toggles have been reorganized a bit.

To update your Apple Watch to watchOS 3.2, you’ll have to first update your iPhone to <a href="http://news.softpedia.com/news/ios-10-3-official… (read more)