Apple Pay Cash Now Rolling Out to All iPhone Users with the iOS 11.2 Update 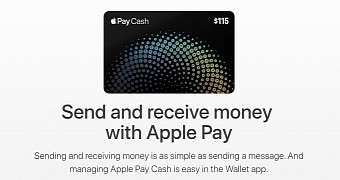 Apple Pay Cash, the service that lets you send and receive money via text messages in the Messages app in iOS 11, is now rolling out to all iPhone users worldwide.

The latest iOS 11.2 software update that Apple released over the weekend for all supported iPhone, iPad, and iPod touch devices brought us Apple Pay Cash, a feature that Apple promised since early this summer when it unveiled the iOS 11 operating system during WWDC 2017.

Previously available in the iOS 11.2 public beta through the Apple Beta Software Program, Apple Pay Cash is today rolling out to all iPhone users who managed to install the latest iOS 11.2 update. The feature works via the Messages app and money are stored in the Wallet app.

Here’s how to get started with Apple Pay Cash

First things first, to use Apple Pay Cash, you need to update your iPhone device to the iOS 11.2 software update. To do that, open the Settings app, go to the General section and tap on Software Updates… (read more)