Apple Planning to Launch a Netflix Rival Next Year 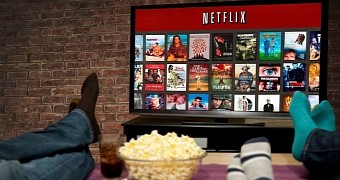 Even though it might be working on new iPhone versions, wearables, and even smart glasses, Apple isn’t only about devices these days, with the company also investing in several new services that could see daylight in the coming years.

One of the first to get the green light could be a video subscription service that would compete with Netflix, with an analyst projecting that Apple would unveil it during the course of 2018.

Paolo Pescatore, vice president of multiplay and media at CCS Insight, told CNBC in an interview that Apple’s new video service would focus mostly on original content, which the company is well positioned to offer, though history has shown this isn’t as easy as it sounds.

Apple’s previous TV shows Planet of the Apps and Carpool Karaoke: The Series have been far from successful, but Apple seems to be looking into more similar con… (read more)