Home » iOS News » Apple Planning to Use Smaller Batteries on iPhone 13, Not a Bad Thing

Apple Planning to Use Smaller Batteries on iPhone 13, Not a Bad Thing 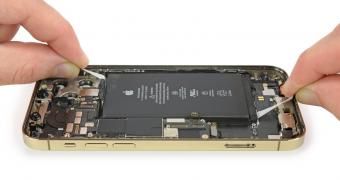 We’ve known for a while Apple isn’t the biggest fan of large batteries on its smartphones, and the company would rather heavily optimize its operating system rather than go for a larger pack.

And it’s not me saying this, but the actual numbers showing just small are the batteries available on the iPhone, all as compared to the ones on Android devices.

Here are a few figures so you can get a better bigger of the whole thing:

So theoretically, Apple has always focused a lot more on optimizing the operating system and the apps running on the iPhone, and thus offer smaller batteries on its devices. This obviously comes with several benefits, as it makes it possible for the company to make iPhones smaller and thinner.

Just think that iPhone SE, a device that launched in 2020, comes with a 1,821 mAh battery, while smartphones in the Android … (read more)