Apple Really Wants Slofie to Be a Thing 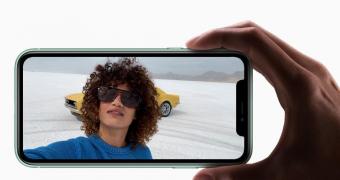 Apple keeps insisting for its own made-up term “slofie,” and the company has released new ads to convince people to use it.

Defining a slow-motion selfie, the term slofie was first used by Apple during the unveiling of new-generation iPhones back in September. And the ads that the company rolled out this week highlight “slofies on iPhone 11,” as they insist “you can shoot your selfies in epic-slomo on iPhone 11’s front facing camera.”

While the ads itself are nothing surprising, Apple insisting for its made-up word might actually be, pretty much because since slofie hasn’t really become a thing since the Cupertino giant first used it in September.

And yet, Apple just doesn’t want to stop here.

The company has applied for a US trademark on “slofie” back in the fall, as it wants to be the only one that ha… (read more)