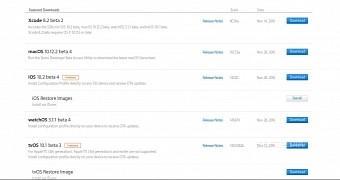 It’s been two weeks since the third Beta development release of the upcoming iOS 10.2, macOS Sierra 10.12.2, watchOS 3.1.1, and tvOS 10.1 operating systems was seeded to registered developers and public beta testers alike, and it’s now time for a new one.

As usual, these new Beta versions bring various improvements and bug fixes to several of the built-in apps, including the new TV app that will ship with iOS 10.2 as a replacement for Videos app, suc… (read more)