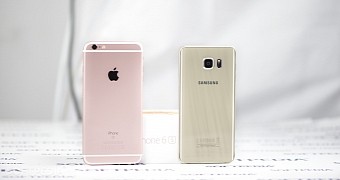 Apple has released three new videos as part of its “Switch to iPhone” campaign in an attempt to convince more Android users to jump ship to its own device.

The new videos come in line with the revamped Switch website and put the emphasis on the easy transition from an Android device to an iPhone, with data like contacts to be transferred to an Apple device as part of a smooth process.

Additionally, Apple also talks big about the security of its iPhone and the software that “just works,” trying to put the Android in a bad light for the issues that users have been complaining in the past, but also for the security issues that are said to affect the platform.

Apple is becoming more aggressive with its attempt to bring more Android users on iPhones, and it’s all happening for a good reason: the company is losing ground against Google’s mobile platform and trends show that the gap between the… (read more)