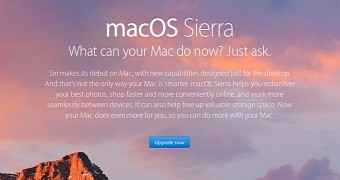 Just one day after releasing the third Public and Developer Beta of the upcoming iOS 10.1 and tvOS 10.0.1 operating systems, Apple has seeded today, October 11, 2016, the fourth Beta of its macOS 10.12.1 Sierra OS for Macs.

Tagged as build 16B2548a, macOS Sierra 10.12.1 Beta 4 is now available, as mentioned before, for both public beta testers and application developers enrolled into the Apple Developer program, which they can install as we speak via the Mac App Store if they’re using the third Beta of a previous one.

As expected, the new Beta of the first point release of the latest macOS 10.12 Sierra operating system is available for all supported devices by the previous version, including the latest Mac… (read more)