Apple Removes Hundreds of Thousands of Apps from the App Store 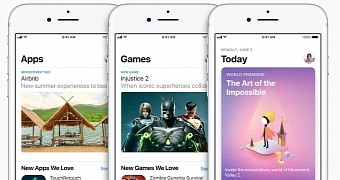 Apple started a new cleaning process of the App Store, with a report claiming Cupertino has already removed no less that hundreds of thousands of apps that violated the guidelines, but which somehow made it to the store.

TechCrunch writes that Apple is mostly looking to take down clones and spam apps, but at the same time, the company is also pulling apps that weren’t supposed to be there from the very beginning, as it’s the case of those created with a template or an app generation service.

This is the case of RSS apps or clones of Flappy Bird, which can be created with app generation services that are in most of the cases free to use. With small modifications to graphics and gameplay, thousands of Flappy Bird clones made it to the App Store in the last year, and Apple wants to take them down a soon as possible.

“Come up with your own ideas. We know you have them, s… (read more)