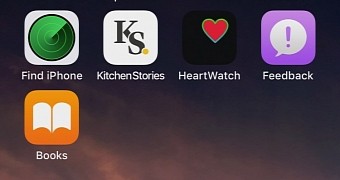 A recent report says Apple is planning a major redesign of its iBooks app with new features, new look and feel, and a new name that drops the “i” in front of iBooks.

According to Bloomberg’s Mark Gurman, Apple co-opted an ex-Amazon executive back in December 2017 to work on a complete revamp of the iBooks app that ships with the iOS and macOS operating systems for iPhone, iPad, and Mac devices.

The revamp will apparently be so significant that Apple even renamed its iBooks app to Books in the first beta of the upcoming iOS 11.3 software update. If you had iBooks installed and updated to iOS 11.3 beta, you’d see that the app is now called Books, dropping the “i.”