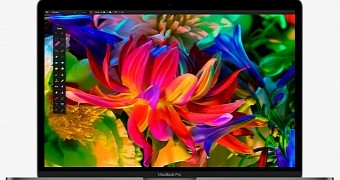 Apple’s new MacBook model has generated mixed reactions, and while there are potential buyers who were excited with the new TouchBar and the other upgrades, others claim the laptop needs a bigger overhaul in order to stay close to devices launched by rivals, as is the case of Microsoft’s Surface Book.

But as far as Cupertino itself is concerned, the controversy around the new MacBook is absolutely normal, as Apple products have often been received with some sort of criticism at first, but then experienced a terrific success.

Apple Senior Vice President of Worldwide Marketing Phil Schiller has said in an interview that the company is pleased with the decisions it made for the MacBook Pro, despite all the criticism, confirming that everyone’s expecting the model to post strong sales after it becomes av… (read more)