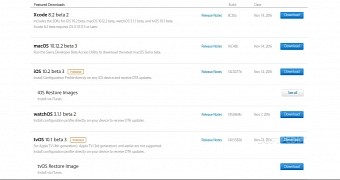 Today, November 14, 2016, Apple seeded the third Beta versions of its upcoming iOS 10.2, macOS Sierra 10.12.2, and tvOS 10.1 operating systems to developers enrolled in the Apple Developer program, along with the second Beta of Xcode 8.2 IDE.

The Beta 3 development builds are here exactly one week after the release of the second Betas of the iOS 10.2 for iPhone, iPad, and iPod touch devices, and tvOS 10.1 for Apple TV (4th generation) devices, and six days after the Beta 2 announcement for the macOS 10.12.2 Sierra operating system for supported MacBook and iMac computers.