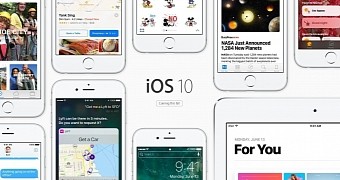 Just a few moments ago, Apple started seeding the fifth Beta builds of the upcoming iOS 10, macOS 10.12 Sierra, watchOS 3, and tvOS 10 operating systems, along with a new Beta build of the Xcode 8 IDE to developers.

As usual, there are no release notes, but we shall be able to report some of the new features, improvements or bugfixes Apple implemented in the Beta 5 development builds in an update later today, as soon as we’re able to install them on our registered devices and discover the major changes since the fourth Beta release.