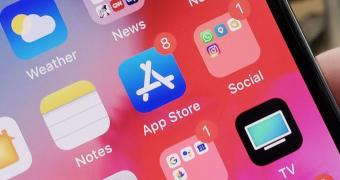 Apple plays down the recent antitrust lawsuit that received the go-ahead from the Supreme Court, with the company explaining that the App Store isn’t a monopoly “by any metric.”

According to the legal action, which can now move forward as per the Supreme Court’s decision, Apple might be violating antitrust regulations by forcing the App Store on iPhones and then charging developers for selling their apps here.

In its statement, Apple denies the monopoly claims, explaining instead that the App Store is the most secure platform for its customers.

“Today’s decision means plaintiffs can proceed with their case in District court. We’re confident we will prevail when the facts are presented and that the App Store is not a monopoly by any metric. We’re proud to have created the safest, most secure and trusted platform for customers and a great busines… (read more)