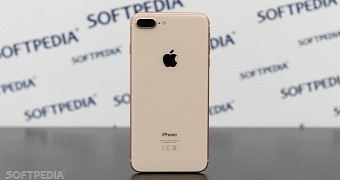 Despite all the pessimistic forecasts that made the rounds lately and which predicted declining iPhone sales, Apple reported a very strong FY18 Q1, partially thanks to the iPhone X.

The last three months of the year proved to be particularly successful for Apple following the introduction of iPhone 8 and iPhone X, and the earnings report reveals growing revenues over the previous quarter.

The company’s revenues totaled $88.3 billion for the quarter, while profit reached $20.1 billion thanks to strong sales that include 77.3 million iPhones, 13.2 million iPads, and 5.1 million Mac systems. Apple sold fewer iPhones when compared to the same quarter the year before, but revenue increased thanks to the higher price of its devices.

The iPhone X is the most expensive iPhone model to date, with pricing starting at $999 in the United States for the base version. An iPhone X with 256GB storage costs $1,149 in the US.